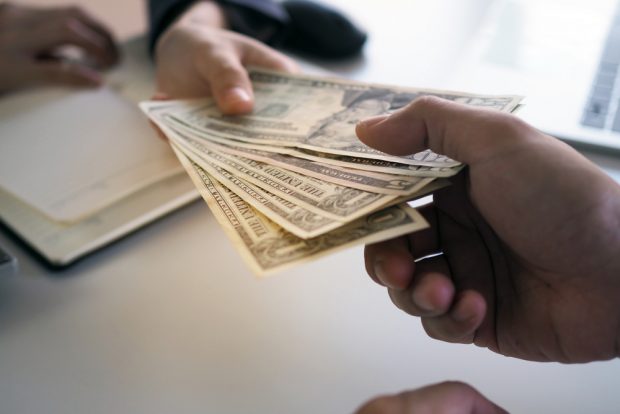 Directors at Wescom Central Credit Union in Pasadena, Calif., Were poring over comments from a member survey several months ago when they noticed a comment from a longtime member.

She recently had a major appliance breakdown and at the time, she didn’t have the hundreds of dollars she needed to fix it.

The member lamented that the credit union had no way of helping her close this gap of a few hundred dollars for a few months.

“We wondered how many other members were in a similar situation,” said Adriana Welch, then vice president of consumer loans at Wescom ($ 4.1 billion in assets, 194,398 members).

Wescom officials investigated the problem and found that many other members may have similar needs. One indicator was that 1,300 members had automatic payments made to payday lenders.

“There is obviously an opportunity here,” Welch said. “A lot of Southern Californians are stuck from paycheck to payday and depend on these payday lenders.”

The Pew Charitable Trusts cited a recent Gallup poll that showed 40% of Americans say they are in debt or barely making ends meet. A third of those polled in a 2014 Pew survey said they had no savings, and a more recent survey showed that many people did not have enough resources available to deal with an emergency.

Wescom’s solution was to develop a low-cost loan program called Quick Assist. It offers zero rate loans of $ 200 to $ 500 to established members – those who have had accounts for at least 90 days. They must also be up to date on all loan payments and have no overdraft with the credit union.

Quick Assist is part of the NCUA’s current regulatory framework for alternative payday loans, and the state-chartered credit union is not lobbying the NCUA for changes.

However, some credit unions and consumer groups have debated changes that could allow the program to help more members by meeting a short-term need without luring them into a predatory cycle of high-cost payday loans.

As it stands, PALs have seen a recent increase, according to NCUA data analyzed by the CU Times.

Even though the number of federal credit unions offering PALs remained stable (498 in March, the same as a year earlier), the amount granted per quarter increased sharply in late 2018 and early 2019, even as global loans were declining.

One factor in this growth could be that credit unions offering PALs tended to be a bit larger and grow much faster than those that did not.

The average credit union offering PALs had $ 287 million in assets as of March 31, and their total loans granted increased 16.8% last year and 11.6% in the first quarter.

These non-PAL federal credit unions had average assets of $ 223.2 million in March, a 3.2% gain in total start-ups last year and an 8.5% decline in the first quarter.

The NCUA proposed some minor changes, including extending the loan mix by eliminating the minimum and doubling the maximum to $ 2,000. It would also double the maximum duration to 12 months.

Whatever credit unions do or not do, banks do not stand still. The FDIC said it had agreed to pursue joint action on small dollar lending with the Fed and the Office of the Comptroller of the Currency.

This could remove regulatory uncertainties that have kept banks away from providing small installment loans and allow banks to significantly stimulate the market for alternatives to payday loans and similar high-cost loans, Horowitz said. “It would be a very good thing for consumers.”

Americans spend more than $ 30 billion a year in fees and interest on high-cost no-deposit loans, including payday loans and securities lending, he said.

The amount represents nearly 7% of what consumers spent in grocery stores last year, according to the USDA. But while grocery store spending varies little with income, predatory loans are concentrated among the poorest populations, meaning they have a much greater impact on food or other basic needs.

Horowitz said NCUA standards don’t allow credit unions enough flexibility, income and certainty in underwriting guidelines. The uncertainty over the guidelines means that credit unions and third-party providers cannot calculate the numbers that would allow them to determine how much it would cost to provide a small loan.

Do they have to pull credit reports, which are expensive, or can they rely on deposit history, which is cheaper and readily available?

For credit unions to offer a lasting $ 400 loan over three months, Horowitz estimates they need to charge around $ 60. Under the PAL program, they can charge $ 39. In comparison, payday lenders charge an average of around $ 360 for this type of loan.

“We’re usually talking about loans that would cost $ 20 or $ 30 more than the PAL program,” Horowitz said. “From a borrower’s perspective, that extra $ 21 won’t deter them from using their credit union, but saving $ 300 compared to a payday lender is a big deal. “

Under the Wescom program, a member can only have one Quick Assist loan at a time and cannot take more than three every six months.

The minimum payment on a six month loan is $ 85. The credit union charges a fee of $ 19, which technically does not count against the APR limits.

Employees have been trained to offer the loans to members who might benefit from them, and the program was quietly launched in May, without any announcements. By early August, 50 loans had been granted to 50 members, and two had been repaid.

“We think this is something our members really appreciate,” she said. “It’s quick and easy.”

At the end of this year, Wescom plans to review the program. If this looks promising, the credit union’s marketing department will begin advertising small loans to members through their newsletter, online statements, and other direct member communications.

“Once that comes out, our response will be much bigger,” she said. “We wanted to crawl, walk, run and see how our members react.”

Welch, who was promoted in July to senior vice president of branch operations, is uncertain whether the program will cover its costs. But the magnitude of the exposure is safe: The credit union’s equity ratio was 8.21% as of June 30, and it generated a 0.63% return on investment last year and an annualized rate of 0.92% in the first quarter.

“We consider the overall risk to be low,” Welch said.

Wescom’s team of project managers, loan analysts and computer programmers developed the credit union’s own automated system based on underwriting criteria drawn from readily available information from member history with the credit union.

“We were obviously fortunate to have the resources to make it happen,” Welch said.

A Debt Pandemic: Many DFW members are struggling with the debts they incurred to…