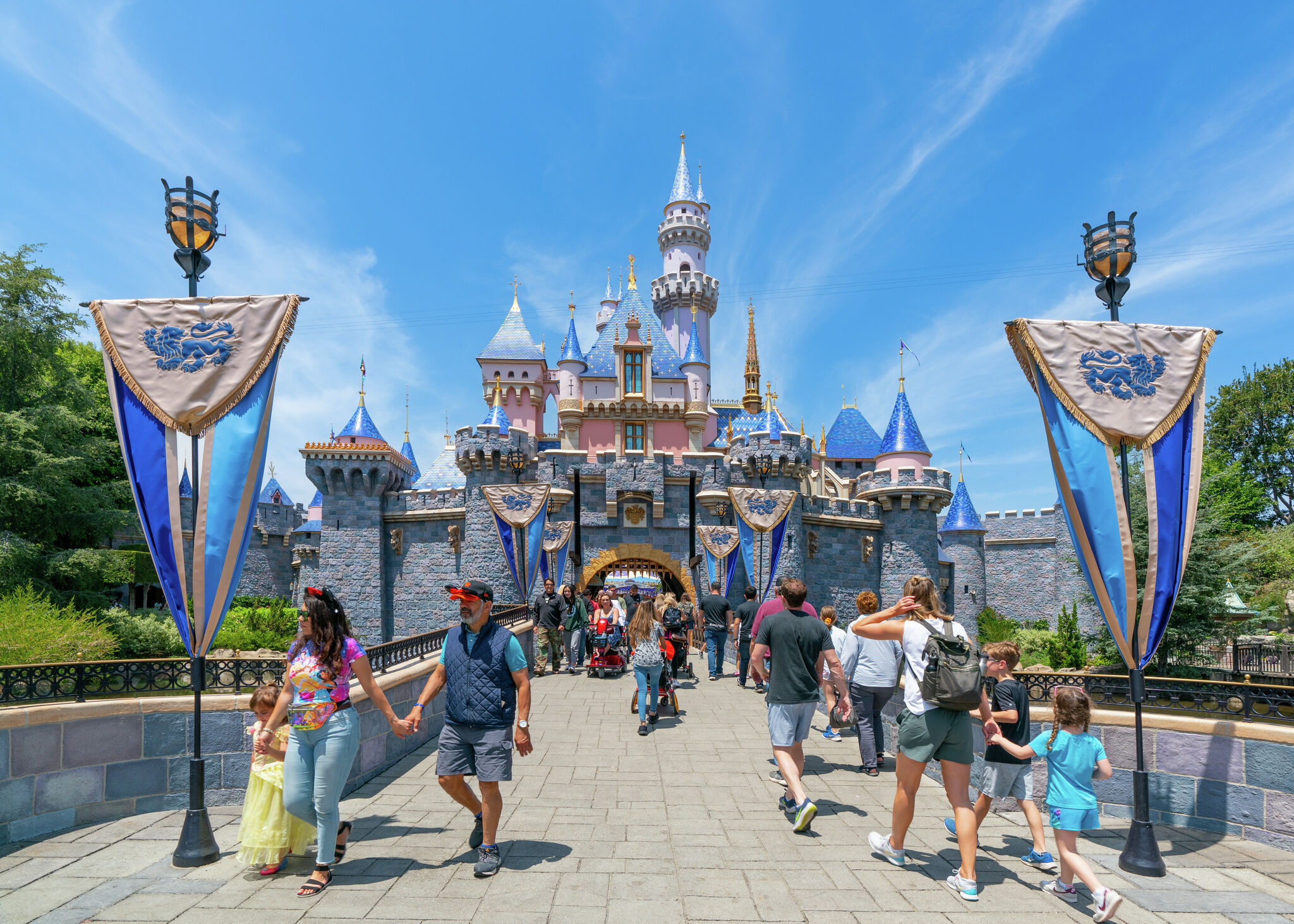 This is the best good neighborhood hotel near Disneyland

The Disneyland Resort is an iconic vacation spot. While the resort has nowhere near the geographic sprawl of its Orlando counterpart, Walt Disney World, what it lacks in scale, it makes up for in every other category.

Anaheim’s smaller station footprint means there’s a noticeable lack of Disney Owned Hotels surrounding the two parks. In fact, Disneyland Resort has only three Disney-operated hotels (compared to more than 30 accommodations under the company’s banner in Walt Disney World). That means many people who venture into the happiest place on earth end up staying outside of Mickey Mouse’s house in what Disney calls Good Neighbor Hotelsmany of which are within walking distance of the parks gates.

According to Disney, Good Neighbor Hotels “provide quality accommodations located near the Disneyland Resort.” There are more than 50 in the region, with rates adapted to most budgets. Of all the Disneyland hotels not managed by the company, our top pick is located directly across from the resort on Harbor Boulevard and offers guests all the amenities they’ll need for a great vacation.

Why Howard Johnson Anaheim is our top pick

The Howard Johnson Anaheim Hotel and Water Playground is in an ideal location, directly across from the Harbor Boulevard entrance to the Disneyland Resort which leads to the Esplanade, the central hub between the two parks and the Downtown Disney District. In addition to its prime location, the Howard Johnson Anaheim offers fantastic amenities, themed rooms, and an impressive on-site water park. Guests with a keen eye will also spot the bright red Disneyland monorail that regularly passes the hotel, adding to the immersion.

The hotel can be identified along the main thoroughfare near Disneyland by its mid-century modern look and circular lobby featuring arched windows and a unique geometric design. Each of the six buildings in which the rooms are located have recently undergone significant refreshes in the hallways and rooms, allowing for a better overall experience for guests.

No matter who you’re traveling with â€” if anyone â€” there’s a room type at the Howard Johnson Anaheim for everyone. Rooms range in size from standard two-double rooms to large suites that sleep up to five on traditional beds and a set of bunk beds that little ones will love.

What makes each of the rooms ideal for Disney fans are all the thoughtful decor touches. In each of the standard double rooms there is a concept art print by legendary Disney artist, Mary Blair, which is said to have been Walt Disney’s Favorite Artist. Deluxe and Premium rooms feature Mickey Mouse artwork and Disneyland attractions in a more modern, brightly colored form.

The suites are themed after the classic Pirates of the Caribbean attraction, with dark garnet colors, dark wood furnishings, and plenty of pirate-inspired artwork. Some of the art is actually concept art prints for the attraction drawn by Marc Davis, one of The Walt Disney Company’s original Imagineers. A new suite that made its debut this summer at the hotel, the Retro Future House Suiteis faithfully inspired by Disneyland’s defunct attraction, the Monsanto House of the Future.

The on-site water park goes hand-in-hand with the pirate theme that runs through some suites. Castaway Creek. Kids love this large water playground, especially on Anaheim summer days. Castaway Cove offers slides, water cannons, soaking buckets and a jungle gym where kids and adults can have fun together. The hotel uses a reservation system for its water play area to better manage crowds. Reservations can be made up to 30 days prior to arrival, giving guests peace of mind that they will have a guaranteed place to enjoy this unique amenity. Each reservation is for two hours and covers up to five people per room.

For those wanting a more subdued pool experience, the hotel’s garden pool doesn’t require a reservation and is open most of the day. Lounge chairs and tables are set up around the pool, so parents can relax poolside and keep an eye on their kids after a day at the parks.

Proximity to Disneyland is unmatched among Good Neighbor hotels

Being able to get up, get dressed, and cross the street to enjoy a day at Disneyland Resort is a big reason why the Howard Johnson Anaheim Hotel and Water Playground is our top pick among Good Neighbor Hotels. The proximity of this one to Disneyland is truly unmatched.

Due to the close proximity to accommodations, visitors staying at the Howard Johnson Anaheim need not worry about walking which can be a mile or more down Harbor Boulevard from other Good Neighbor hotels. This means you can spend more time in bed in the morning before the park opens and relax on your beleaguered feet at the end of the day.

Another perk of being so close to Disneyland is seeing the park’s legendary fireworks from the comfort of your private balconyâ€”if it’s facing the right way, of course. Kids love being able to watch the sky light up in their pajamas, and adults love not being in the long lines of crowds trying to get out of the park when the display is over.

Though they all carry the Disneyland Resort stamp of approval, a stay at the Howard Johnson Anaheim Hotel stands above other nearby Good Neighbor hotels. The level of service, amenities, carefully themed rooms, and proximity to Disneyland make this our go-to spot for a few nights in Anaheim, especially when you don’t want to shell out the extra money to sleep in one of the few official Disneyland hotels. .