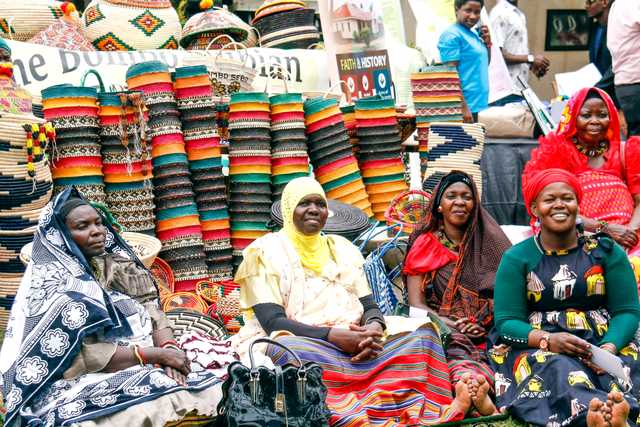 The united life of the Nubians is what sustains their culture

When Kamal Bilal was a young boy in the 1950s, the village of Kirasa on the outskirts of Masindi town was still decades away from being inundated by other tribes. The village sheltered only the Nubians.

â€œNubians used to live in communities, usually occupying an entire village where no other ethnic group lived,â€ said Bilal, now 69.

Nubian cultural objects sold for everyday use rather than decorative purposes in the Bombo community store. PHOTO | GILBERT MWIJUKE

When the British finally took control of Uganda in 1900, Nubian soldiers dominated the King’s African Riffles (KAR) – the British colonial army – and the majority of them went to live in Bombo, around 40 kilometers north of Kampala, where the army headquarters was located. located.

At the start of British colonial rule, the Nubians made up over 50 percent of the military, according to available records.

â€œIn 1905, the Bombo army barracks had 1,052 soldiers, including 675 Nubians, 118 Zanzibaris, 99 Indians and 60 Baganda,â€ explains Ismail Karim, 72, secretary general of the Nubian Consultative Forum, the umbrella organization. of the Nubian community in Uganda.

It is because of the historic military life of the Nubians, Mr. Karim believes, that they developed the culture of living as a tight-knit community.

â€œSoldiers care about safety through their training,â€ he said. â€œThe Nubians began to live in community so that they could protect each other. In fact, this settlement pattern is the same with the Nubians of Kenya and Tanzania. “

However, Mr. Bilal has a different opinion. For him, the culture of community life among Nubians developed after World War II, when retired Nubian soldiers were “dumped” into a colony.

In his own words: â€œAfter WWII, many Nubian soldiers had aged and were withdrawn from the army and settled in Kololo, Kampala, but some of them were resettled in Hoima (in Bunyoro, in western Uganda) because Sir Tito Winyi, then King of Bunyoro, considered them his people because the Nubians had fought alongside his father, King Kabalega.

â€œThe king gave land to the Nubians at Hoima and they built a village which later became known as Kinubi (land of the Nubians).

Since then we have started to live a community life because we had been thrown together into settlements. The same happened in Kenya, where former Nubian soldiers and their families were abandoned in Laini Shaba (also known as Laini Saba) in the neighborhood of Kibra (also known as Kibera) in Nairobi; and in the region of Majengo in Mombasa. In Tanzania, however, they got married and disappeared as a homogeneous group today.

Nubian women prepare traditional dishes at the annual Kibra Cultural and Sports Extravaganza in 2016, honored by then-Second Ugandan Prime Minister Maj Moses Ali, at Rajbav Resort in Mombasa and presence of all the Nubians in the region. PHOTO | MORGAN MBABAZI

Living together, says Bilal, meant they could easily help each other out in times of need and also keep their culture and traditions intact – and intact, they have been for decades.

However, things have changed now, says Bilal, modern times have forced Nubians to mingle with other ethics mainly due to the scarcity of land as the population increases. His beloved village of Kirasa is now occupied by residents from all over Uganda, while many Nubians have since settled in different parts of the country.

Now numbering around 45,000 people and living in different urban centers across the country, Nubians have been assimilated into other communities, risking diluting their culture.

Their language, known colloquially as Kinubi and also spoken by the Nubians of Kenya, not only began to fall into relative disuse, but was also diluted as some Nubian communities incorporated “foreign words” into the language.

“The Nubians in Kampala, for example, have now incorporated Luganda words into the Kinyubi they speak while those in Kenya have incorporated words in Swahili,” Karim said.

Conversely, those who still live in Bombo, numbering about 9,500 people according to Mr. Karim, have paved the way for the maintenance of Nubian culture and traditions.

In 2001, Mr. Karim and other older Nubians launched the Nubian Consultative Forum, the aim of which is to provide the younger generation with a point of connection with their Nubian culture and traditions.

Located in the town of Bombo, Mr. Karim’s organization is a resource center where young Nubians can learn about their customs, especially the making of their distinctive and colorful utilitarian and decorative handicrafts such as baskets and mats.

A basket under weaving by Halima Twaha, one of the Nubians who live in Masindi district. PHOTO | MORGAN MBABAZI

Speaking of mats, Mr Karim says they are very important in the life of a Nubian because most of their traditional ceremonies – prayers, dua and weddings – all take place on mats.

â€œYoung Nubian women learn to make Nubian handicrafts from here, then our office helps market their work. Any Nubian is free to make and sell their crafts from here, â€Karim said, adding that currently his office exports Nubian crafts to European markets such as Austria.

For posterity, the organization is currently publishing a book which details the history, culture, traditions and “the contributions of the Nubians to the creation of Uganda,” Mr. Karim said, adding that Nubians arrived in Uganda long before the modern state. of Uganda existed.

Today, the office of the Nubian Consultative Forum also serves as a center for the development of Nubian tourism and is currently marketing Nubian culture and traditions as tourism experiences.

The main attraction is the authentic host families, where tourists can visit Nubian properties and experience Nubian culture firsthand.

Like their grandparents, the majority of Nubians today avoid school – with the exception of a few like Moses Ali, the former Ugandan second deputy prime minister – who relegated them to informal jobs such as running small retail stores.

â€œIn fact,â€ says Bilal, â€œit was the Nubians who introduced kiosks to Uganda, a trade learned during the fighting in Somalia in the 1800s.

While most Nubian men work in the informal trade, women earn in crafts because “that’s all our parents taught us when we were young,” says Halima Twaha, a 40-year-old Nubian from the village of Kirasa.

In Uganda, the Nubians are also famous for raising turkeys, which they historically preferred because they were large enough to support a large Nubian Muslim family typically.

The Nubians were also historically good sportsmen, and by the 1960s they dominated the Uganda Cranes national football team.

A recently completed Nubia culture exhibitor displays his wares at the resort town of Rajbav in Mombasa, where the entire Nubian community in the East Africa region has gathered for their cultural feast in this photo taken on March 28, 2016. PHOTO | LABAN WALLOGA

â€œSport and education were very important to our parents, and many Nubians at the time excelled in disciplines such as athletics and football,â€ says Karim.

TTG – Sponsored Features – The height of luxury at Dubai’s Address…