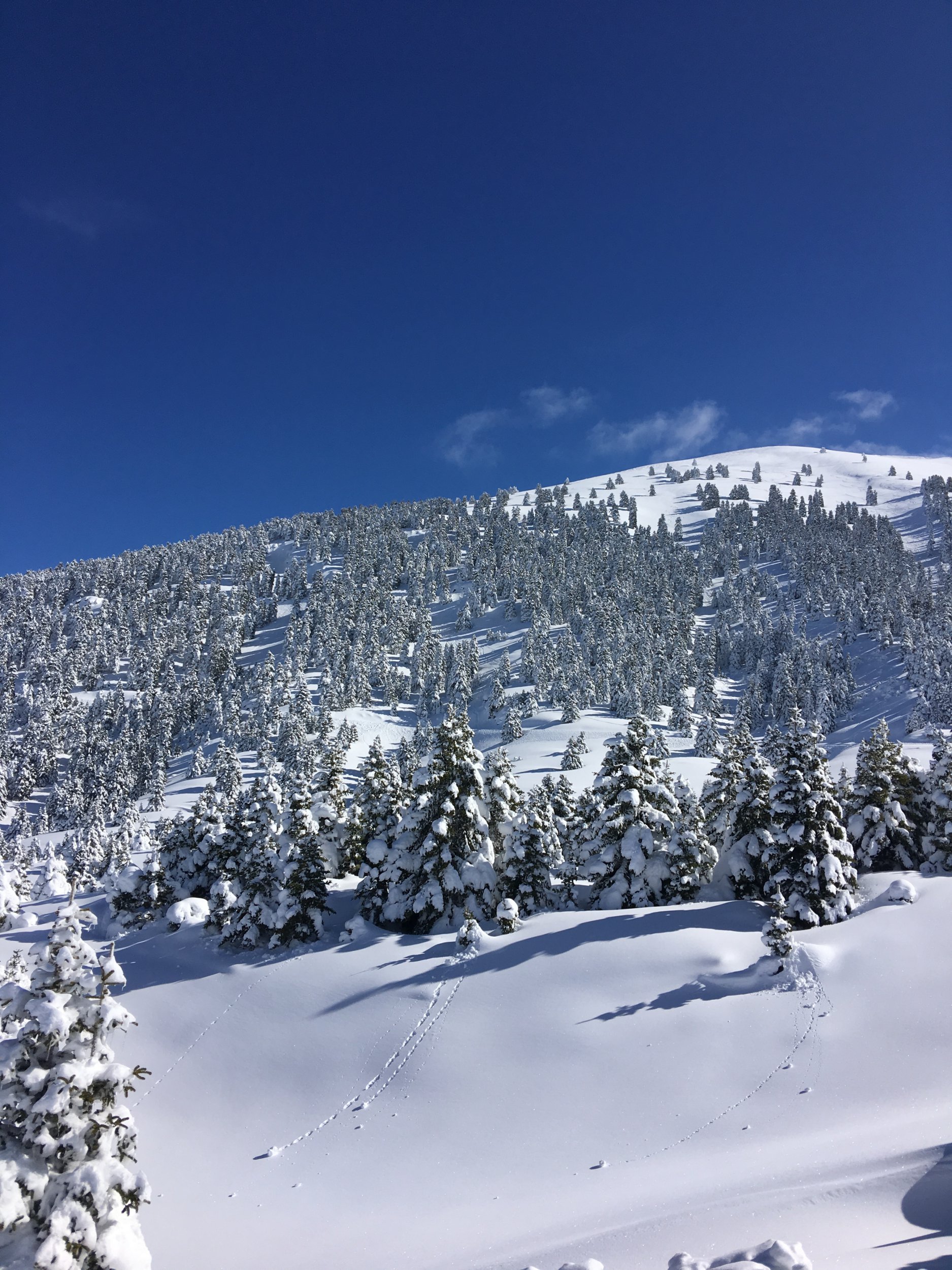 One click at a time, the small cog railway lifted us above the bearded palms and glittering lemon trees framing the pebble-lined bay of Diakopto, a laid-back resort town in the northern Peloponnese. As the train slammed along the narrow gauge, I got my first glimpse of Helmos mountain glistening with snow like a wedding cake in front of us. “See? Greece isn’t just beaches! said fellow traveler Giorgos, who told me he took the day off from his office in Athens to come skiing.

According to Vassilis Kikilias, Greece’s tourism minister, the country has welcomed three million visitors from the UK so far this year – now its biggest market – and was the only EU country to see an increase from to airport arrivals in 2019. “We’ve managed to extend the season,” he says, with tourists now traveling well in October and November.

And yet, most still come for these beaches. An ongoing promotion aims to entice off-season visitors to the cities to enjoy a long ‘Greek ending’. But for Giorgos, and many other Athenians, the ideal “Greek” is to flee the city for the mountains.

It has been almost 125 years since the first railway traveled this route from Diakopto to the mountain town of Kalavrita. Carved into these steep hills between 1889 and 1895 by Italian workers who had worked on some of the most difficult tracks in the Swiss Alps, the Odontotos (toothy) train, as it is known locally, was a remarkable feat of engineering for its time – and at 76cm wide, the tracks are among the narrowest in Europe.

Today there are less than 50 rack railways in the world – and Italy and Switzerland take the lion’s share. Unique in Greece, Kalavrita’s small three-car electric train climbs to a height of 700m over a distance of 22.5km using a rack and pinion system – pegs that attach to notched beams – to climb the steepest sections.

It only took an hour to reach the mountain town of Kalavrita, but those 60 minutes were filled with thrills and spills as we made our way through tunnels that were little more than mouse holes dug in the carved rock face. The train whizzed around bends serenaded with its high-pitched whistle and rattled through dizzying ravines, past clusters of wild cyclamen and butterfly-shaped sycamore trees spreading their ancient roots like the toes of hesitant swimmers toward the rushing waters of the Vouraikos River.

At the small village of Zahlorou – a handful of taverns with checkered tables clustered under plane trees – we stopped to stretch our legs and buy tender, steaming pieces of roasting lamb cooked in a wood-fired oven set up along the track.

Back on the train, we climbed higher – past strange rocky outcrops like pink sponge fingers dotted with flocks of hooded crows; past the Mega Spileo (Big Cave) monastery which was founded up there on its rocky peak in 360 AD, and through Portes, the narrowest tunnel, named for its rusty iron doors which reminded me of the entrance to the mythical underworld of Hades.

Jumping off the train in the small station of Kalavrita, I had lunch – xoirino selinatotender pork served with a rich celery mash – at the popular family tavern Varvitsiotis, then followed a group of schoolchildren on their way to visit the mountain town’s Holocaust museum.

Hopping along uneven cobbled streets lined with small shops selling clay whistles, catapults and hand-carved canes, we reached the central square with its Orthodox cathedral and two clocks: one indicating the current time and the other stopping permanently at 2:34 p.m. to mark the time of that day in December 1943, never forgotten, when 696 men over the age of 14 were executed here in Nazi reprisals.

Inside the museum, I lost track of time as I watched videos of survivors recounting the terrible events of that day: how women were locked up in this same building that was burnt down, but managed to escape the fire only to find that their men had been massacred on nearby Kapi Hill.

Looking for solace after my harrowing visit, I headed to Ermeidis, a family-run shop on the main street of Kalavrita, where they make rodozachari (rose sugar) from freshly dewy rose petals lightly boiled with sugar and lemon juice since the grandfather, Elias Ermeidis, a Pontic Greek, brought the recipe with him from the Black Sea region of Keramounta in 1926.

As I ate the delicious tangy treat, Elias, the current owner of the shop, told me that his grandfather had also died in the Kalavrita holocaust. “Everyone in the village has lost someone. It was the bloodiest Nazi massacre here in Greece and it took people many years to rebuild their lives,” he said. “Fortunately, we had our little train that brought tourists here and helped us get back on our feet after the war.

In the summer the Greeks take the Odontotos to Kalavrita to escape the heat of the coast, but in the winter they come here to ski. A 15-minute drive from Kalavrita on the slopes of Mount Helmos, the small ski center of Kalavrita is a far cry from Kitzbühel, but the views of the Corinthian Gulf from the 12 runs linked by seven lifts are spectacular – and €18 (£15) per day is also excellent value. “You can even rent snowmobiles and we also have the only snowboard park in the country,” Giannis Chouliaras, owner of Trekking Hellas, which organizes ski tours and excursions as well as transfers to the slopes, told me.

Avoiding the black and red runs of Styga – ominously named for the Styx which originates high on Helmos – I spent a blissful afternoon on the blue runs of Phaedra and Danae. Back in Kalavrita, I had dinner in a cozy tavern, Peri Orexeos. Savor spicy wild boar sausages and crispy puff pastry xortopita fyllo pastries stuffed with stuffed greens, it occurred to me that everything about my journey from sea to ski and sky on the little Kalavrita cog railway had been unique – even the food .

How to get there
From Athens, you can take the train to Diakopto with Trainose from €23.
Trekking Hellas can organize excursions to Mount Helmos.

Where to stay
Filoxenia Hotel & Spa in Kalavrita has double rooms from €59 (£49).