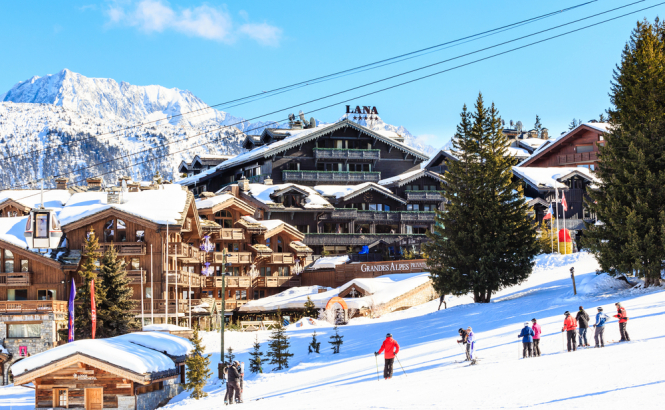 A furor has erupted in the French mountain town of Courchevel (Savoie), a popular ski destination, after it emerged the town hall was to move the Tourist Office from its historic chalet to make way for a jewelery store.

The Tourist Office building is built in a traditional chalet style and occupies a very visible place in the commune of 2500 inhabitants. Opponents of the new plans are now calling for the resignation of Deputy Mayor Claude Pinturault, who is managing the move.

In an open letter to Mayor Jean-Yves Pachod, local councilor Isabelle Monsenego denounced the plans for what she called “the remarkable building of the 1850 tourist office”.

The figure 1850 corresponds to the altitude of one of the five main slopes of the resort.

Ms Monsenego wrote on her Facebook page: “We elected officials were unable to see the documents relating to this decision before the council meeting. [of August 11]…this emblematic place must remain a place of tourist reception.

“Mr. Claude Pinturault, who considers it useless to have a tourist office of this prestige, has decided to rent these premises for commercial purposes. A large number of our fellow citizens do not share this opinion, myself included.”

She added that “this property was acquired with a clause obliging it to carry out a public service activity”, which would seem contrary to the commercial project.

The decision appears to have been made as a result of budgetary pressures, the adviser said. For the first time in its history, the municipality is in deficit.

However, Ms Monsenego told Le Figaro: “We are not selling our family jewels to solve management problems. It’s too much. I demand the resignation of Mr. Pintaurault.

The private jewelry store set up in the space will sell items such as Rolex watches, she said, and says the shop could be open before winter.

The tea towel burns at the Courchevel tourist officehttps://t.co/RN48qiEGH6

In its defence, the town hall declared that the “work has been going on for two years”, and that the move was “approved by 21 votes out of 23”. He added that large tourism agents are no longer suited to the way people travel today.

Mr Pintaurault said the public will still be able to find the tourist office nearby, in its ‘original location’ on La Croisette, where the town’s ski schools, lift pass offices and guide offices.

He told Le Figaro: “I don’t understand Ms Monsenego’s comments. She suggests that we give our all. In fact, we keep the most prestigious meeting rooms in the building as well as the management offices.

“The public will find the tourist office in its original location. It is in fact a return to an earlier setting since the offices and reception of Courchevel Tourisme settled there from 1972 to 2005.”

The tourist office itself has been the subject of controversy in recent months. Since June 7, its director, Gilles Delaruelle, has been suspended for “a certain malfunction”.

In a statement, Mr Pintaurault said: “The first summons in July to notify him of grievances was completed on August 16 as part of a dismissal procedure. An investigation is underway.

“Courchevel Tourism has been the subject of a succession of failures for seven years,” he said. “I promised to get him back on his feet.”

The debate and controversy emerged six months before the city is due to host the Alpine Skiing World Championships in February 2023.

Two confirmed dead in Courchevel fire in the French Alps

Can a bank cash a check from another bank?