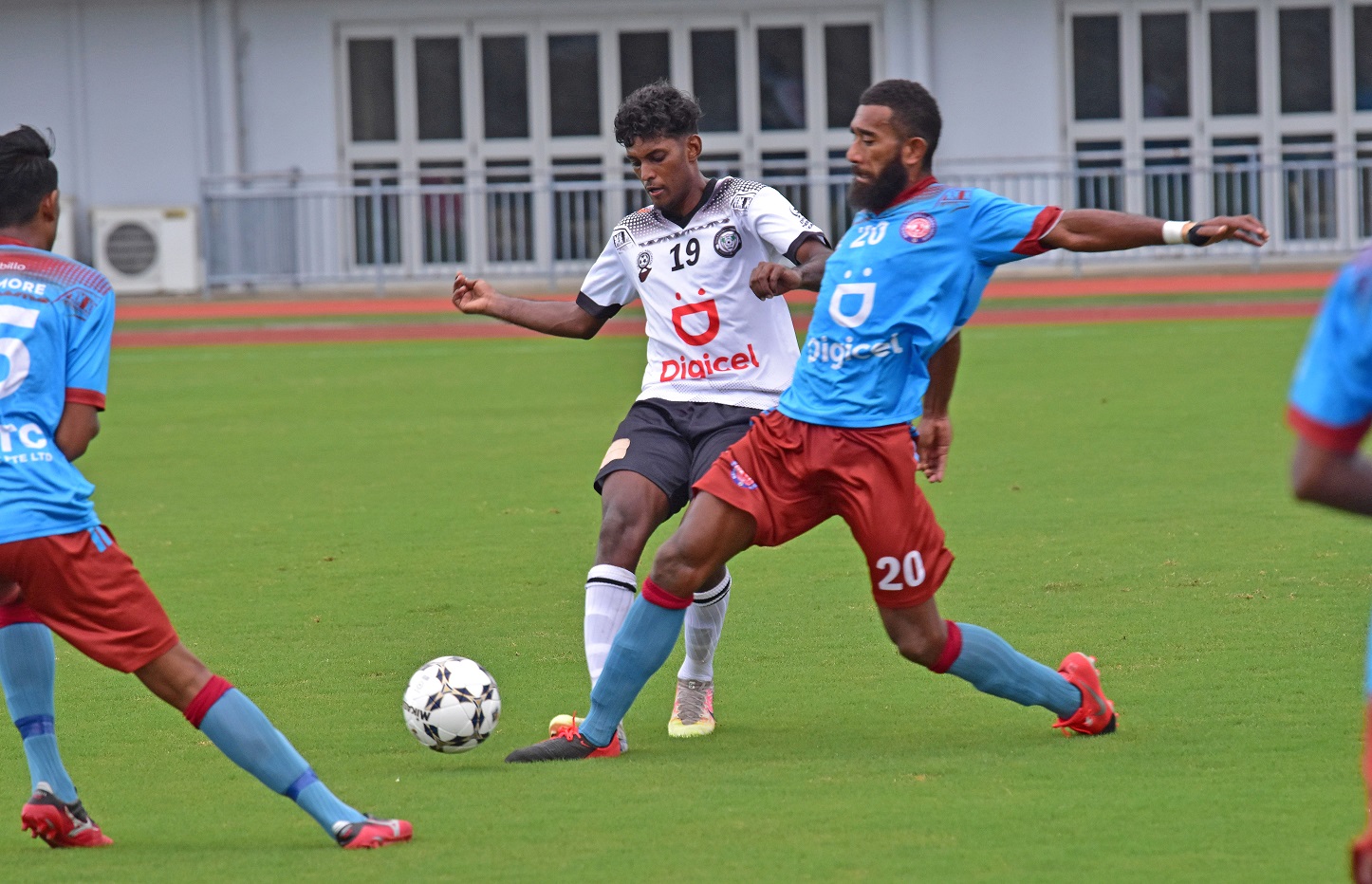 It looks like a two-way battle atop the Digicel Premier League points table after round five of matches across the country yesterday.

Rewa, who started the round in the lead, is still in the lead after an impressive 2-0 win over Nadi at Lawaqa Park in Sigatoka.

After a scoreless first half, Abbu Zaid proved to be the star of the game by scoring two goals in the second half.

The win puts Rewa on 13 points from four wins and one draw.

Suva, the only other unbeaten side in the competition, also have 13 points but trail Rewa on goal difference.

Los Blancos beat Nasinu 4-2 in a six-goal thriller in the capital yesterday.

Tailevu-Naitasiri moved into third place with seven points after a surprise 1-0 win over Navua at the Uprising Beach Resort Sports Complex.

A first-half strike from Sikeli Tuiloma was enough to give the newly-promoted side three points this season.

Nadroga recorded their first victory of the season at home, thanks to a penalty from Amani Makoe.

Labasa will have a lot of work to do as they remain the only winless team in the competition after five rounds and sit bottom of the table with two points.

The tourist office will conduct a sustainability study