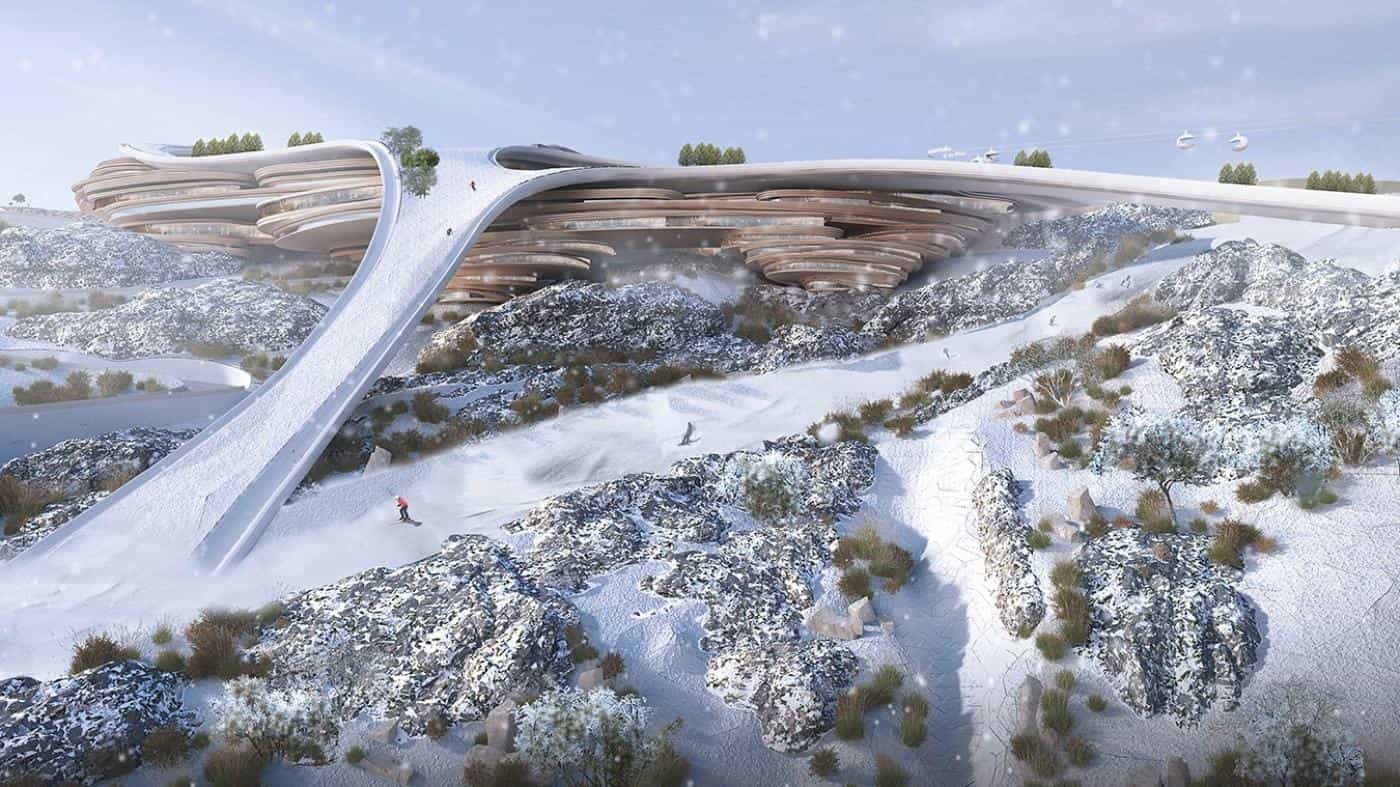 A Saudi company, NEOM, announces the latest Trojena architectural project. The futuristic mountain resort will feature innovative architectural innovation, year-round skiing and other outdoor activities. The country is chomping at the bit for its next project after completing its latest, ‘The Line’.

The destination, called Trojena, is intended to be a one-of-a-kind, world-class experience. The city is expected to be 33 times larger than New York, covering an area of ​​nearly 23 square miles. It will be located 31 miles from the Gulf of Aqaba. The region is known for its high mountain range, where temperatures drop below 32ºF.

The design of the city will incorporate a futuristic style of architecture, modern technology and rugged terrain. A huge artificial lake almost three kilometers long will be located in the heart of the region. A folded vertical village, called “The Vault”, will combine technology and architecture. The city’s hotels, mansions and apartments, as well as shops and restaurants, will all be located here. The idea is to minimize the amount of land used for the residence.

Trojena will offer many outdoor activities for guests to participate in. Their main offering will be year-round skiing on world-class artificial snow. Throughout the year, various events will take place depending on the season. During the summer months there will be lake days and festivals. The spring season will offer a variety of activities such as mountain biking, climbing and even yoga. Guests will also take part in an interactive nature reserve located on the edge of the resort.

This is TROJENA – a new world of possibilities, with unique experiences, stunning natural beauty, architectural excellence and upscale lakeside living – in the mountains of NEOM.#TROJENA #NEOM pic.twitter.com/hgf1iijZmA

The President of NEOM, Mohammed bin Salman, also crown prince, leads this project to revive the country’s economy. The project will create 10,000 jobs and contribute $800 million to their economy.

“TROJENA will redefine mountain tourism for the world by creating a place based on the principles of ecotourism, highlighting our efforts to preserve nature and improve the quality of life for the community, which is aligned with the objectives of the Vision Kingdom 2030. It also confirms our commitment to be part of the global effort to protect the environment” according to their website.

After the release of a promotional video featuring four skiers skiing uphill announcing the project, the company received a lot of backlash. Many architects claim that the project is unrealistic. Many criticize saying that a futuristic folding vertical village will be impossible to build.

Currently, the project is expected to be completed by 2026. The crown prince, who is also president, hopes the city will be fully functioning by 2030 to meet the country’s economic goals.