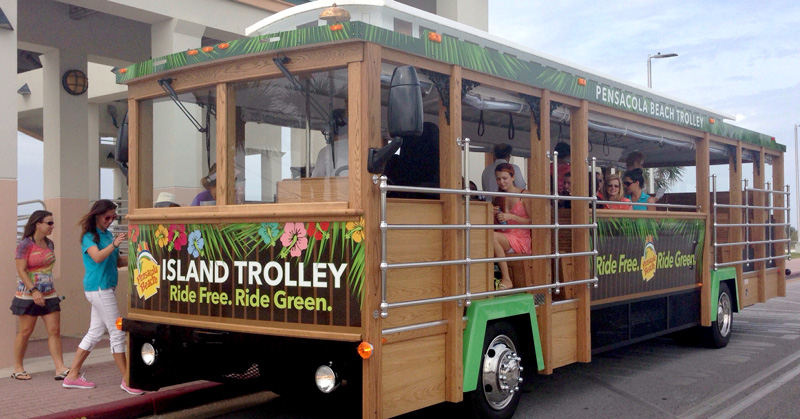 To help ease traffic congestion for the Pensacola Beach Air Show, the Santa Rosa Island Authority is extending transit hours along the island on Friday, July 8 and adding additional buses to the schedule from Saturday 9 July.

On Friday, July 8, SRIA’s three free open-air carts will begin transporting customers from 7:30 a.m. and will extend their service to Park East, located one mile east of Portofino Resort, until 6:00 p.m. Then the regular route will resume until midnight.

On Friday and Saturday, buses and trolleys will serve passengers from Park East and Park West to Casino Beach throughout the day. After the show, carts serving Portofino Resort/Park East will be staged on Via de Luna directly across from the Santa Rosa Island Authority (facing east). Trolleys serving Park West will be staged on Ft. Pickens Road adjacent to The Sandshaker (facing west).

Due to extreme traffic and accumulation of traffic jams on Friday and Saturday, trolley service to access road stops (Grand Marlin, Radical Rides/Laguna’s, Quietwater Beach and Boardwalk) will be temporarily suspended until 6 p.m.

The SRIA would like to remind all passengers that they will only be picked up and dropped off at designated tram stops.