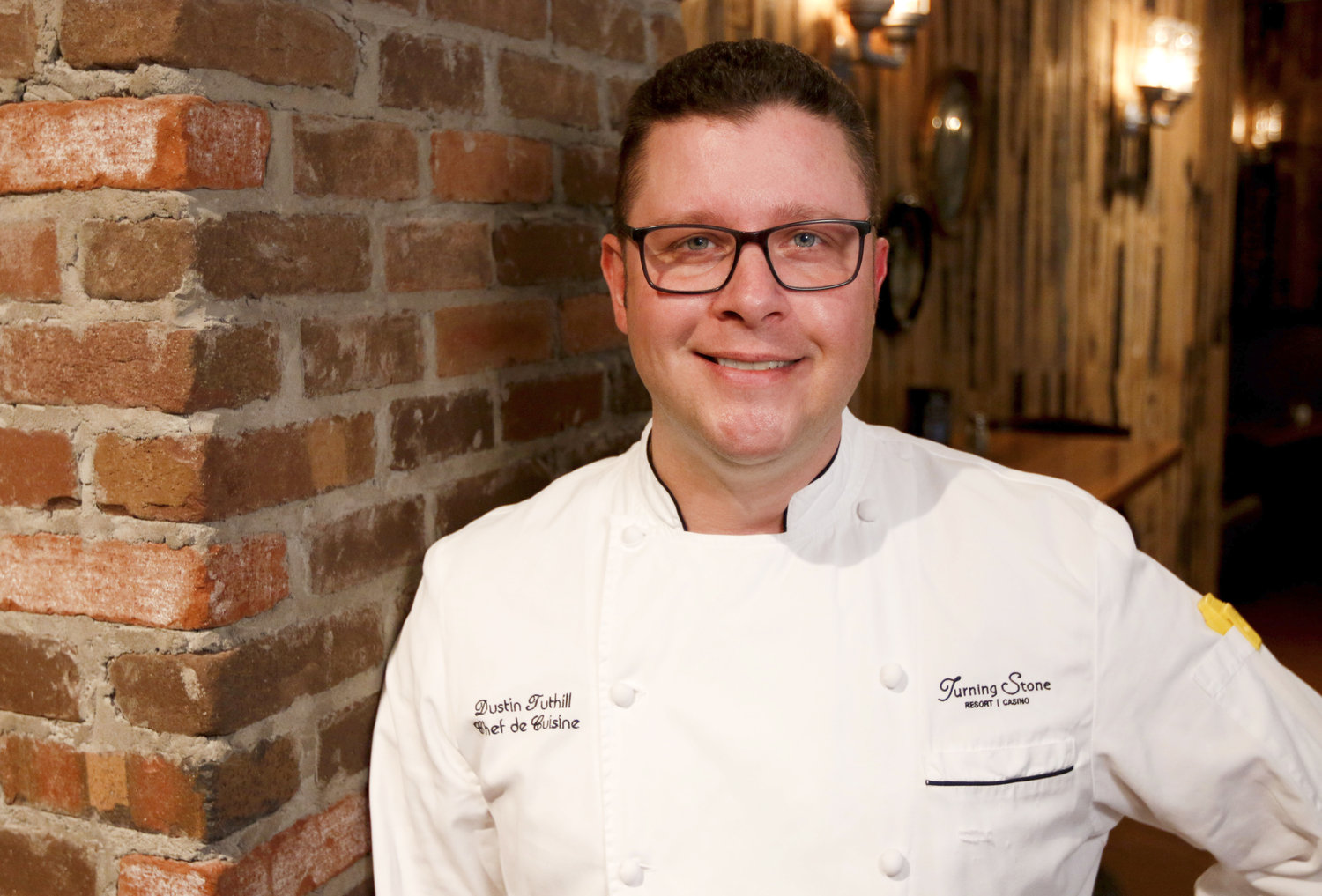 HORIZONS 2022: 7 Kitchens Buffet will open in April at Turning Stone

VERONA – 7 Kitchens Buffet and its Executive Chef Dustin Tuthill seek to redefine the typical restaurant experience for customers and employees.

“When I started at Turning Stone, I was going to culinary school at the same time,” Tuthill said. “Turning Stone has been my entire professional career.”

After graduating from culinary school, he started as a junior cook at Wildflowers and worked his way up to head chef. Tuthill has helped open several restaurants in Oneida Nation Enterprises (ONE), including Upstate Tavern, where he previously served as head chef. Today, he’s the executive chef at 7 Kitchens, the resort’s reimagined buffet restaurant which will open in April.

“It will be an amazing experience,” Tuthill said. 7 Kitchens will have a bit in common with Seasons Harvest, but the whole experience will be fresher and newer, the head chef added.

7 Kitchens will be a market-style restaurant offering a variety of quality artisan dishes including Italian, Seafood, Asian, Grill, Grill, Taco Bar and Bakery. The contemporary design of 7 Kitchen will provide seating for over 375 diners, making it Turning Stone’s largest restaurant.

“It’s going to be quite an experience,” Tuthill said. “We’re looking at better presentations, better installation, and more.”

One thing that sets 7 Kitchens apart from other restaurants is the way they treat the chefs. With people nationwide clamoring and protesting for $15 an hour pay, 7 Kitchens has a starting range of $17-$20 an hour with a $1,000 signing.

ONE has announced increased starting salaries for various positions at its properties, from housekeeper to cooks and cashiers. Tuthill said it’s been a long time since food service workers have been compensated in this way and praised the ONE for the groundbreaking decision.

“Having worked in the restaurant industry for 17 years, these people work really hard and are now on professional pay, which is amazing,” Tuthill said.

One of the reasons ONE offers a professional salary, Tuthill said, is that they want people who are professional and know their stuff.

“We want people who are going to be there with showmanship, who don’t just serve you food — they educate you and are excited about it,” Tuthill said.

Although it is not only professionals, they are looking for. Tuthill said 7 Kitchens is open to everyone, regardless of experience. “We are looking to hire as many talented people as possible,” he said. “We are looking for young, talented and ambitious people who want to learn and who are passionate about food and the industry.”

“It doesn’t matter what level of experience you have,” Tuthill continued. “We’re ready to teach you and get people where they want to be if they want to learn.”

Turning Stone is recruiting for positions ahead of its official opening in April. Interested candidates can apply online at ONEnterprises.com/7Kitchens

“7 kitchens will almost be like seven restaurants in one,” Tuthill said.

“You’ll see an Italian station with huge pizzas coming out on pizza paddles right in front of customers; you’ll see salmon roasted on a cedar plank, there’ll be dim sum and wok, and more. We are all very excited about this.

When asked what he was most excited for, Tuthill said he couldn’t choose, but he knew his kids would love all kinds of pizza.

Oceanside’s proposed man-made resort has been delayed due to fire, water and sewer issues