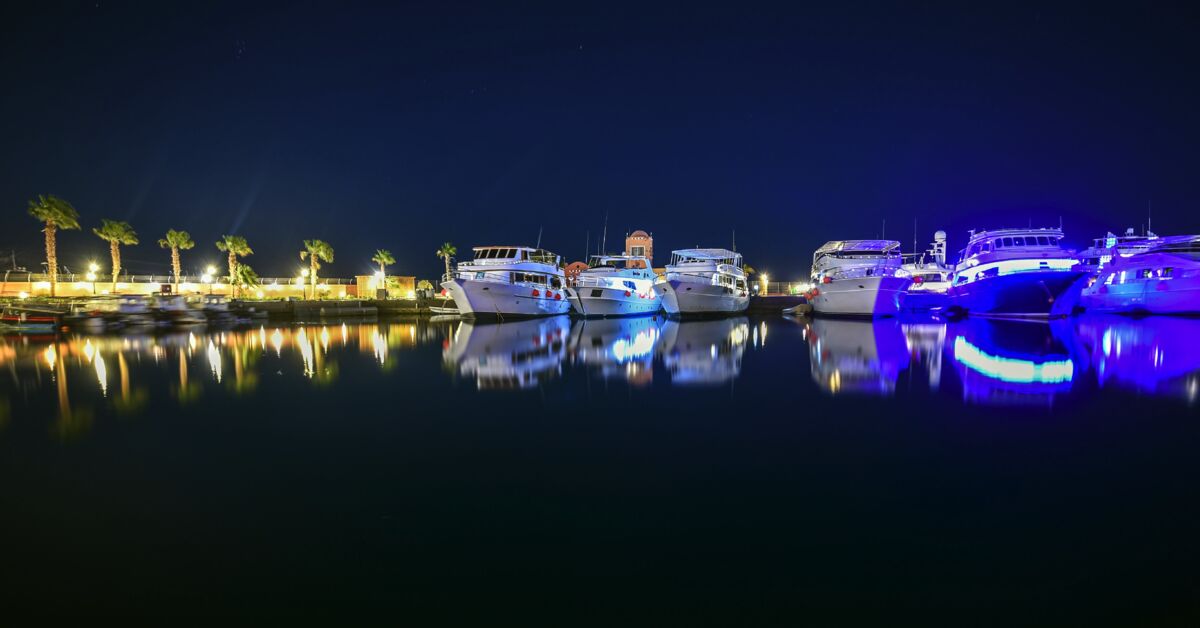 Egypt is developing ways to promote recreational tourism, hoping that it will bring significant economic returns to the state. At a Cabinet meeting in Cairo on August 5, tourism and transport ministers discussed ways to develop this type of tourism on the guidance of President Abdel Fattah al-Sisi to formulate a strategic plan to maximize tourism yachting by the end of this month. Once the plan is fully designed, it will be presented to Sissi for approval.

During the meeting, Tourism and Antiquities Minister Khaled Anany said Egypt has more than 2,400 kilometers of scenic coastline and beaches and separate tourist resorts located near famous historic tourist towns. Egypt enjoys a temperate climate all year round, so it allows this tourism throughout the year and the disembarkation of foreign yachts during the winter period.

Anany said the economic importance of yachting tourism lies in the income from transit and mooring fees, taxes, fuel and maintenance.

The move comes at a time when Egypt – like other countries around the world – has experienced a sharp decline in tourism due to the COVID-19 pandemic. In 2020, tourism sector revenues fell by 70%, with a total of 3.5 million visitors, compared to more than 13 million in 2019.

Still, Cairo hopes 2021 will see a significant recovery. With the resumption of global vaccination efforts and the return of Russian flights to resort airports in the Red Sea after a six-year hiatus, Egypt is bracing for an influx of tourists.

In July, Time magazine named Cairo one of the “greatest places in the world” for 2021. It selected Cairo for its “new advantages over unique treasures” and its ability to revitalize the tourism industry in through a number of exciting projects, such as the Grand Egyptian Museum, which will become the largest archaeological museum in the world with more than 100,000 ancient artefacts. Other upcoming projects include the Ahl Misr Footbridge, which is a pedestrian-friendly outdoor space along the Nile Corniche, and the Cairo Eye, which is slated to become Africa’s largest observation wheel from here. 2022.

In the midst of COVID-19, Egypt has taken a number of procedures to ensure safety and efficiency in order to encourage tourism. The online electronic visa portal for tourists makes it easy to obtain visas online. Other measures include a vaccination campaign that has successfully vaccinated all staff at major resorts and hotels in the Red Sea and South Sinai governorates.

The Egyptian government agreed at the August 5 meeting to define the main strategic axes, which include the preparation of a unified pricing policy to offer attractive incentives and discounts to ships and yachts; increase the efficiency of existing tourist ports; establish yacht marinas at sites that benefit from tourist attractions; prepare a marketing plan for promotion and active participation in tourism conferences, forums and international exhibitions; and the launch of an electronic portal to facilitate procedures, issuance of permits and unified invoices for organizations linked to recreational tourism.

On August 14, Egypt inaugurated the first maritime service station on the Mediterranean shore to serve boats and yachts passing through Matrouh governorate as part of the state’s efforts to revitalize this growing type of tourism in worldwide.

Captain Yasser El Mosalamy, president of the American Maritime Academy, hails the state’s willingness to promote yachting tourism, saying it will help create many job opportunities, especially in the travel and service industries. , in addition to increasing national income.

“Before the recent decision to promote yachting tourism, Egypt only focused on traditional tourism by attracting foreigners to visit its sights and do diving activities, for example. But recreational tourism is totally different. This means that we will attract international tourism, which the state will depend on to increase national income, ”Mosalamy told Al-Monitor.

“All countries are changing around us, the closest of which is Saudi Arabia, which encourages foreign-flagged yachts to visit the country. So now is the time for Egypt to take advantage of yachting tourism, ”Mosalamy said.

Mosalamy added that Egyptian cities overlooking the Mediterranean, such as Marsa Matrouh, Alexandria, El Alamein, Damietta and Port Said, will benefit from yachting tourism as the largest percentage of yacht traffic goes through the Mediterranean Sea, and the cities of the Red Sea come in second. place due to crossing the Suez Canal and fees.

In 2016, the State Information Service reported that Egypt wished to encourage yachting tourism and establish specialized ports on its shores, such as Marina Naama, the first marina in Naama Bay in Sharm. el-Sheikh, which was built with the latest methods. Technological and tourism experts considered this project to be an important step in the development of yachting tourism.

In the Red Sea Governorate, the Hurghada Marina is located on an area of ​​60,000 square meters and includes all the necessary amenities for the safe mooring of yachts.

Mosalamy said that once essential infrastructure changes are completed, promotional campaigns will be launched around the world to invite tourists to bring their yachts to the country’s renovated shores.

“I think Egypt will implement this soon because the country is already experiencing full development in all sectors. Thus, the development of recreational tourism will be done with the same success and in a rapid manner, like other megaprojects, ”he said.

Alaa Khalifa, an expert in international tourism marketing, told Al-Monitor: “When we succeed in developing recreational tourism, the state will receive three times what it earns from domestic tourism.

He pointed out that yachting tourism is flourishing in the Mediterranean region and that many countries depend on such wealthy tourists.

“There are 30,000 yachts crisscrossing the Mediterranean. Spain, Italy and France are the main countries in this type of tourism, ”Khalifa said.

Khalifa said Egypt has lost huge profits in past periods due to the exaggeration of yacht mooring fees in Egypt, the Suez Canal crossing fee and the application of two fees. times for a yacht when moving from marina to marina in Egyptian waters. This, he added, is pushing yacht owners to move to other neighboring countries such as Lebanon, Israel and Turkey due to their tourist yacht mooring facilities.

“It is therefore necessary that all the people and organizations concerned work hard to facilitate and develop such an important type of tourism,” he added.

Khalifa added that paying attention to yachting tourism will boost Arab and Gulf tourism to Red Sea cities such as Sharm el-Sheikh, Hurghada and Marsa Alam, which are close to Gulf countries.

“This requires making well-equipped bunks to accommodate the expected movement,” he noted.