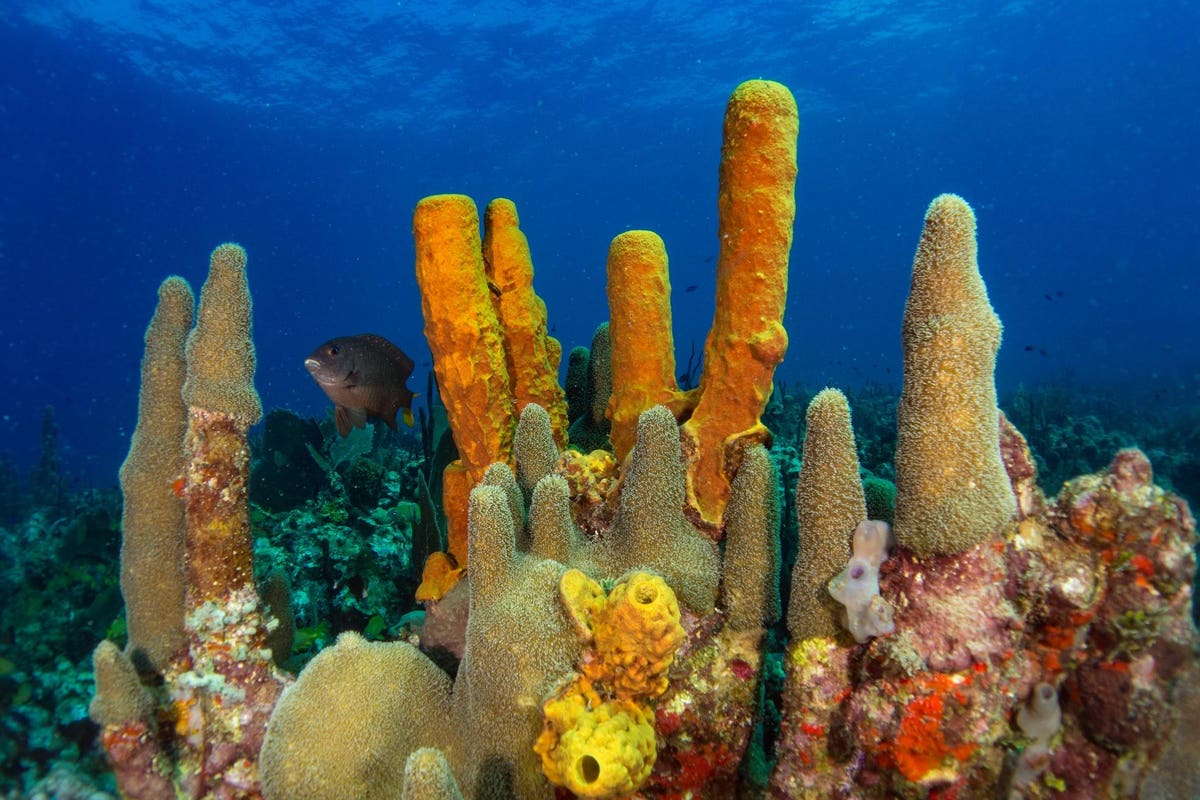 Coral reefs are huge underwater structures and some of the most diverse ecosystems anywhere in the world. These incredible configurations are made up of the skeletons of colonial marine invertebrates called corals and about 25% of fish in the ocean depend on healthy coral reefs to survive. Coral reefs can be found all over the world’s oceans, including the Dominican Republic where they are extremely important for biodiversity, habitat and beaches. Climate change is significantly affecting coral reef ecosystems, leading to ocean acidification due to increased greenhouse gases caused by human activity. When the oceans warm, it causes heat stress, which contributes to coral bleaching and disease.

“Climate change is the greatest global threat to coral reef ecosystems. Scientific evidence now clearly indicates that the Earth’s atmosphere and oceans are warming and that these changes are mainly due to greenhouse gases derived from human activities. – National Ocean Service

On our recent trip to the Dominican Republic, my son and I learned about the importance of coral reefs, visited a coral nursery and swam in the Caribbean Sea among the fish we so want to protect from climate change. We stayed at the five-star Iberostar Selection Bávaro hotel in Punta Cana, located in the magical spot where the Atlantic Ocean meets the Caribbean Sea, and visited their Coral Lab on land in Playa Bávaro, just steps from our lovely villa.

In 2017, Iberostar, a family-run Spanish hotel chain, launched Wave of Change, a movement to protect the oceans and improve coastal health and move even further towards a responsible tourism model focused on people and the environment. Then, in 2019, Iberostar made huge strides and launched its first land-based coral lab in the Dominican Republic. At the end of 2021, they had four coral nurseries in three countries, including two in Mexico and one in Jamaica.

“Iberostar is fully committed to helping find solutions to protect and restore coral reefs which have declined at an unprecedented rate over the past century… Healthy reefs are a key part of healthy tourism, it that’s why Iberostar’s commitment to improving coastal health (through the discovery, protection and restoration of coral reefs, mangroves and seagrasses) is a key part of Wave of Change. – Wave of change

In addition to helping improve overall coral health, Iberostar’s Wave of Change movement aims to protect corals from bleaching, disease and hurricanes. Their scientists attempt to save damaged corals and learn how to restore climate-resilient reefs. Their work is crucial because a quarter of all marine species depend on coral reefs. Healthy coral reefs provide food, habitat and spawning grounds for over a million species. This remarkable laboratory is located along the shore and houses four 1200 liter tanks, four 500 liter tanks and four control systems where future marine conditions are simulated. Resort guests are encouraged to visit the Coral Lab and learn more about protecting our oceans.

In 2020, all Iberostar hotels became single-use plastic-free and at the Bávaro resort, they launched a national mangrove restoration program that protects mangroves and seagrasses. They even have their own composting plant that turns organic waste from the station into garden compost. Other sustainable tourism goals at Iberostar include being zero waste by 2025 and carbon neutral by 2030.

Some of the best reefs in the Dominican Republic are located in Bayahibe, about an hour’s drive from Punta Cana. This gorgeous beach is far from the crowds and surrounded by coconut trees, white sand and stunning turquoise water that shimmers in the sun. The area is also home to some spectacular snorkeling and diving spots so you can see the marine life and ecosystems people are trying to protect. Dressel Divers offers scuba diving excursions and has a dive center right on the beach at the Iberostar Selection Hacienda Dominicus, another impressive five-star resort with a coral nursery, but in the ocean.

Diving lessons begin in the resort’s large pool with instruction from an experienced PADI (Professional Association of Diving Instructors) instructor, before heading out on a boat and cruising along the Caribbean Sea. It is crucial to know how to balance your ears and sinuses before descending into the water and to familiarize yourself with the hand signals you will use with your instructor throughout the dive.

It was my son’s first open water dive and he was taken to Coco Reef with his instructor, a place with a maximum diving depth of 12 meters in calm water. It is home to the magical coral nursery which is now teeming with tropical fish and sea creatures such as squid, octopus and seahorses. My son has always loved reading about fish and watching videos of them and he told me afterwards that he recognized several species swimming right in front of his face.

It takes learning on a whole new level when kids see firsthand the benefits of what people are doing to protect our oceans from climate change and restore coral reefs. Our adventures in the Dominican Republic were amazing, but his time spent swimming at Coco Reef learning to breathe underwater surrounded by marine life will always be what ignited his passion for scuba diving.