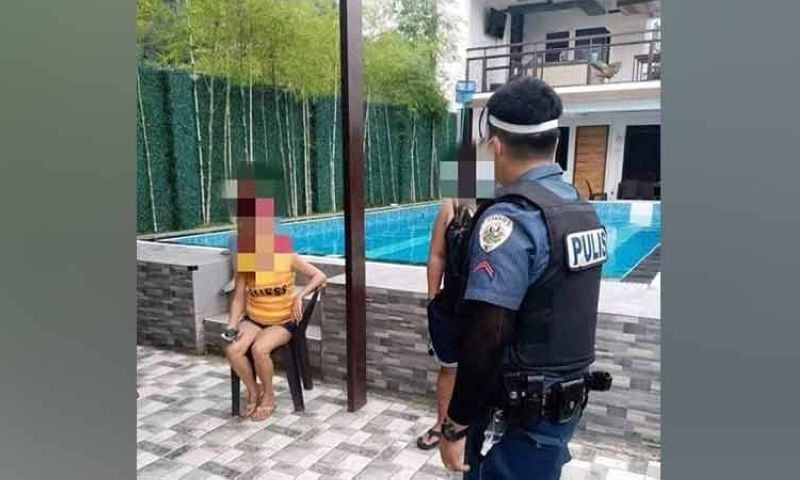 Davao City POLICE authorities are now preparing to press charges against 20 people and a resort owner for hosting a birthday party while the city is under General Community Quarantine (GCQ) with increased restrictions.

On Sunday, September 12, 2021, the City Tourist Operations Office (CTOO) launched an operation, in collaboration with staff from the Davao City Police Office (DCPO), at a resort town in Catalunan Pequeño.

The joint team carried out a random inspection of the tourist establishment, identified as MB Family Resort, to implement the provisions of the GCQ with strengthened restriction guidelines.

According to the report, the property was caught hosting a birthday party with around 20 guests, including adults and children, in Purok 1 Km 13, Catalunan Pequeño, Davao City. Health protocols such as physical distancing were not followed.

Guests and the resort owner violated Resolution # 130-A of the 2021 Interagency Task Force for the Management of Emerging Infectious Diseases, Memorandum Circular no. 21-28 series of 2021 in category III.

“Mice (meetings, incentives, conferences, exhibitions) and social events are not allowed. Pools are also not allowed to operate under the guidelines of DTI Notice 21-16 in GCQ, ”the report said.

DCPO Director Col. Kirby John Kraft said Wednesday (September 15) in a virtual statement that legal proceedings were underway against the affected family and the management of the complex.

He said the respondents would be charged with violating Republic Law 11332, or the Law on Mandatory Reporting of Notifiable Diseases and Health Events of Public Health Concern.

“Ang napa-file namin kaso dito (We have submitted a file) [in] violation of article 9 of the law of the Republic 11332 for non-cooperation. [Ito ang] ginagawa natin sa mga nahuhuli kasama ang (This is what we do to apprehended violators, including) owner management, ”Kraft said.

The city and law enforcement officials had previously apprehended a wedding reception inside a compound for violating the city’s mandate against social gatherings.

CTOO chief Generose Tecson said in a previous interview that social events are strictly prohibited, especially at resorts and restaurants, as they could cause mass gatherings vulnerable to transmission of Covid-19.

Tecson said Mice events were previously allowed in the city, with a maximum capacity of 25 guests at the site, including organizers. However, they had to get an acknowledgment from their office.

This has been suspended since June 7, when the city was placed under modified enhanced community quarantine.

Despite being under GCQ with increased restrictions in early July, Tecson said their office receipt acknowledgments are still on hold.

Kraft has warned the public against violating quarantine guidelines set by the government and requested the public’s cooperation to prevent the spread of the virus amid an increase in cases in the city.

In Tadoba, local gypsies have preference over foreigners | Nagpur News