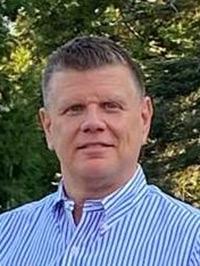 Tenaya Lodge at Yosemite has appointed Brett Archer as General Manager of the 352-room resort located at the south gate of Yosemite National Park and set on 75 forested acres comprising the main lodge, cottages and its two-bedroom Explorer Cabins, which has opened in the summer of 2019. Archer is joining Tenaya Lodge from Sequoia and Kings Canyon National Park, where he held the same position.

The appointment is a homecoming for Archer who has spent most of his nearly 30-year career in Yosemite and over 25 years with Delaware North Companies. Prior to Sequoia and Kings Canyon, Archer was Deputy Managing Director of Tenaya Lodge and helped oversee the resort’s $ 25 million investment and expansion project, which included the addition of Explorer cabins, new restaurant concepts and exciting new programs like Yosemite Custom Bus Tours with Retractable Roofs.

Archer began his career in 1993 as Room Manager at the legendary Ahwahnee Hotel in Yosemite, where he worked for 10 years before accepting the position of General Manager of Yosemite’s Curry Village. He returned to Ahwahnee in 2011 as Managing Director and held this position for eight years. In addition to overseeing the daily operations of the resort at Tenaya Lodge, a priority for Archer is to help rebuild leisure and corporate group activities such as weddings and executive retreats, which have been slow to return. due to the pandemic. He will also oversee the introduction of several upgraded programs and amenities at the property, including a new outdoor dining experience and revamped Yosemite tours in 2022.

June 6, 2017 – Abramson, who was previously Executive Vice President and Chief Operating Officer, has been appointed to the newly created role of Chief Customer Officer. A 50-year Delaware North veteran, Abramson will draw on his extensive expertise and customer relationships to ensure the company’s competitiveness in an increasingly customer-centric global economy.

A treasure on the legendary island of Greece