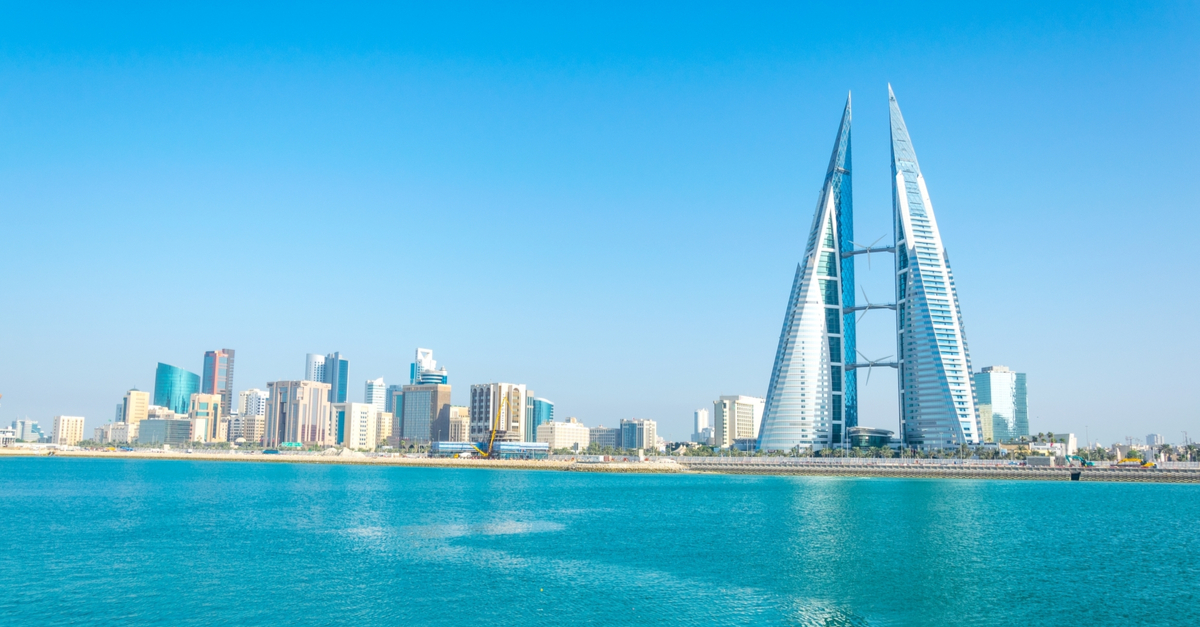 7 Amazing Once in a Lifetime Experiences in Bahrain

The Kingdom of Bahrain is an island country located in the Persian Gulf. It originally consisted of 50 natural islands, but 33 newer man-made islands bring that number to 83. Bahrain lies between Qatar and Saudi Arabia but has no land border with the other other than the causeway of King Fahd which connects Bahrain to Saudi Arabia. Bahrain is a true desert country with mild winters, very hot summers, flat terrain and is over 90% desert. That’s not to say there isn’t a whole lot to see or do in Bahrain; quite the contrary. For one thing, it’s a bird watcher’s paradise; 330 species of birds live and breed there, mainly in the Hawar Island Nature Reserve.

Bahrain is the seat of one of the oldest civilizations in the Middle East, Dilmun. Many monuments, sites and museums bear witness to this past. Until the last century and before the oil boom, pearl fishing was the main industry, and you can still see pearl fishing shows (traditional sailboats) and buy some of the most beautiful pearls in the world in the fabulous capital Manama souk (bazaar).

Bahrain has developed the first post-oil economy in the Middle East, investing heavily in banking and tourism. The latest attraction to open is the world’s largest underwater theme park, Diving Bahrain, but there are many other theme parks. There are desert tours and the unique Tree of Life, a 400-year-old tree that grows in the middle of the Sakhir desert with no visible water source.

Bahrain international airport is located on the island of Muharraq, connected to Manama by a bridge. In fact, all the islands are connected by bridges and a good road network, so getting around is easy.

Motorsport fans should note the date of March 20, 2022, when the Formula 1 Grand Prix in Manama will take place.

I love Bahrain because of the wide variety of nature adventures and the many monuments and sites that reflect Bahrain’s interesting history.

If you are a diver, here is a unique experience in Bahrain’s latest attraction, DIVING BAHRAIN. Don your gear and dive into the world’s largest underwater theme park, spanning an area of ​​100,000 square meters close to Muharraq International Airport.

Fittingly, a fully decommissioned Boeing 707 has been submerged in the water for you to dive in and out of. It was feared that the metal might contaminate the water, but the aircraft surfaces have been cleaned with organic detergent. To reflect Bahrain’s pearl fishing past, a reconstructed traditional pearl merchant’s house has been submerged with sculptures made from environmentally friendly materials to promote coral reef growth and the preservation and development of sea ​​life. Diving in this extraordinary underwater theme park is like exploring a different and silent world where a surprising view follows one another.

The Hawar Islands are an archipelago of some 36 islands located in the Gulf of Bahrain, just off the west coast of Qatar. Most of the islands are uninhabited, but they belong to Bahrain. The islands are best known for their large colony of Socotra cormorants, one of the largest in the world. There are also plenty of beaches where birds like to rest and which are the best places to see these rare and graceful creatures.

There is a resort on the main island, the Hawar Beach Hotel, where you can spend the night comfortably and book boat trips to the other islands or bird watching excursions. The boat trip from the main island of Bahrain takes approximately 45 minutes and departs from Durrat Marina Yacht Club.

In 2024, a brand new complex will see the light of day on the west coast of Hawar, the Mantis, managed by the Accor hotel group. The priority of this project is to maintain the biodiversity of the islands, which is why it will be surrounded by a wildlife reserve. It’s not just the cormorants and other migratory birds that make the trip to Hawar so exciting, but also the sighting of Arabian oryx and sand gazelles.

More than 90 percent of Bahrain is covered in desert, so this fabulous four hour desert tour offers you an unforgettable experience of the landscape as well as some historical sites.

The tour starts at Bahrain International Circuit, located in the middle of the Sakhir desert, and is accompanied by a tour guide. It takes you past the Royal Camel Farm, the world’s first oil well and, the wonder of nature that is the Tree of lifea solitary 400-year-old mesquite that grows in the middle of the desert with no visible water source.

The next stop is the royal burial mounds of A’Ali which take you back 4,000 years to the ancient Dilmun civilization. Wandering the streets in the cooler afternoons, you’ll be surprised how many of these cone-shaped burial mounds you come across.

There is yet another extraordinary thing to behold in the village of A’Ali: the characteristic pottery and the artists who make it using ancestral methods, sometimes even some using the burial chambers as ovens. After the tour ends, you are returned to your hotel, not left in the middle of the desert.

The Bahrain Fort, located 6 miles from Manama, is a majestic sight. It’s one of Bahrain’s UNESCO World Heritage Sites and it’s even more exciting if you visit it at dusk. Rising out of the desert stands a 40-foot-tall mound, or “tell”, with the Portuguese fortress atop. The mound was formed by civilization after civilization (according to at least seven excavations) dating back to 2300 BC. center, and the location of several palaces and necropolises. Over time, the entire site was covered with sand, and excavations only began in the 1950s and 1960s by Danish expeditions.

The Portuguese fortress at the top is massive, with huge walls and a tower at each corner. The fact that there is still so much to discover makes the visit even more exciting. As for the birds: next to the tell is a long beach where migratory and local birds like to rest and nest. Among them are the white reef egret and Bahrain’s national bird, the white-eared bulbul.

the Al-Fateh Grand Mosque is one of the largest mosques in the world and is located in Juffair, a suburb of Manama. If you’ve never visited a mosque, this one should definitely be on your agenda because of its size and splendor. The mosque can accommodate 7,000 worshipers at a time. The enormous dome is made of fiberglass and is the largest fiberglass dome in the world. The sparkling central chandelier is from Austria, the carved doors are made of teak wood imported from India, and the marble floor and part of the walls are made of Italian marble.

The mosque is the site of the National Library of Bahrain, and tourists and visitors have access to the books for free.

The mosque is open from 9 a.m. to 4 p.m. and can only be visited when accompanied. by an official guide. No visits are permitted during prayer times, Fridays or public holidays. You can take pictures of the mosque but never of people praying. As for the dress code: no shorts or mini-skirts are allowed and women must cover up with an abayah (which is provided at reception). You also have to take off your shoes.

It’s hot in Bahrain, so what better way to cool off than in Wahoo Water Park? It’s conveniently located in the center of Manama, so you don’t have much to do to cool off after exploring the city’s many beautiful sights (on foot, of course). You will find the first indoor-outdoor water park in the Middle East with temperature-controlled pools. There are kiddie pools, slides for excitement, a wave pool and a lazy river, and in the middle on a tropical island, a sailboat towering over the entire park. If you are hungry and thirsty there is also a good restaurant.

A bride’s dowry is always paid in gold in Bahrain; this is why gold plays such an important role in the local culture. This is also a reason why Bahrain sells the purest gold, 22-24 carats. city ​​of gold is a building separate from the Bab Al Bahrain souk, exclusively occupied by gold merchants and jewelers and located on Government Avenue in the center of Manama. From elaborate necklaces and bracelets in traditional or modern design studded with pearls and diamonds to more modest bracelets, bars and coins, the range of merchandise is dazzling and an experience not to be missed, even if your budget doesn’t allow you to. large rooms.

You will want to visit Bab Al Bahrain close. Different from Gold City, the building marks the entrance to the Bahrain souk, where you can find a lot of interesting shops, textiles, carpets, spices and, of course, attractive little cafes. A special treat is the Perfume Kingdom, where you can find popular brands from around the world. The great experience – unless you’re allergic to perfume – is to sample locally made perfumes, tailored to your tastes and preferences and designed especially for you.